One who wants to wear the crown, bears the crown

One who wants to wear the crown, bears the crown.

Human beings are social animals, and they can restrain negative emotions in interpersonal communication.

From this common sense, other people's negative emotions are much bigger than what you feel.

In other words, if you feel impatient with you is 1, the real level should be 10.

Other emotions are the same.

A request without a response is a refusal.

So don't be complacent when others praise you. You don't know when you will fall.

At the same time, don't care too much about people laughing at you. The best response to them is your grades.

"To praise others" is a high-level productive force.

If you don't want to praise people face to face, you can praise people behind their backs. Sooner or later, words of praise will spread to each other's ears.

Don't always focus on obvious advantages, because each other is tired of being exaggerated.

Don't talk in broad terms. Focus on details and be full and vivid.

No one likes to listen to criticism. If he says he likes it, he lies.

Among them, criticism of other people's physiology, personality, family, work value and spiritual level is a direct criticism of the core. If it's not intentional friendship, it's better not to talk nonsense.

Be sincere in dealing with people and things, because sincerity itself can solve many problems.

Especially when something goes wrong, we should communicate in time. Don't wait for things to get out of hand and cover them up with lies.

Keep other people's names in mind in time, because no one will think that they are insignificant.

You think rejection hurts the other person's feelings, but it hurts even more if you promise not to do it.

It's strongly recommended to abandon useless social interaction. You can't. It's useless to know anyone.

The relationship that we struggle to maintain is ultimately unpleasant.

So, please remember my saying: when you lick a dog to the end, you usually have nothing.

This is the so-called "no great man in the eyes of a servant". If you get too close and show too much detail, you will lose too much mystery and charm.

Learn to be polite!

The more people I come into contact with, the more I find that many people have no basic courtesy. In fact, they say, "Hello, please, thank you..." ". Even if you can't get a social bonus, you certainly won't get a bonus.

If someone knows you're not good at bullying, they won't bully you.

No one is good, no one is smart, that is, the villain, there is no capacity for people.

We should try our best to achieve a balance in social life. We should not deliberately and unintentionally neglect anyone, because some people are really fragile and sensitive, and we should take care of other people's emotions.

After all, social networking is to strengthen interpersonal relationships, there is no need to offend people for minor negligence.

In fact, I think that when I go out to spend, I buy a happy and comfortable one. I care too much about whether I am timid or not, whether I look very dirty or not, and often my inner strength is not strong.

You don't really need to mind strangers'eyes, because no one knows anyone anyway. In 3 minutes, no one will feel embarrassed except yourself.

Anyone with any personality is worth communicating with.

On the contrary, those who are hard to get into their hearts and look very introverted are more likely to have a lasting friendship.

Losing a relationship is a normal thing, especially the faster you grow up, the easier it will be to break away from your old relationship.

I have always believed that the best interpersonal relationship should be constructive, that is, two people have basically the same values and codes of conduct, two people are more comfortable together, and can supervise each other to promote growth.

Don't try to recover a failed relationship, because someone will always fall behind because they can't keep up with you.

People who hurt you are either stronger or weaker than you.

Don't rush to express yourself, it's not insightful.

Don't be anxious to deny others. Harmonious coexistence is the way to survive.

The person who knows you may not be the one who cares about you. Maybe he's just a smart man.

Don't deceive others, because the people you can deceive are those who believe in you.

It's not so much that others make you miserable as that you don't have enough self-cultivation.

If you have a call, don't say goodbye.

Silence is a silent storm against shamelessness, while anger is an effective "self-mutilation" against external humiliation.

When you realize you're wrong, you're right. 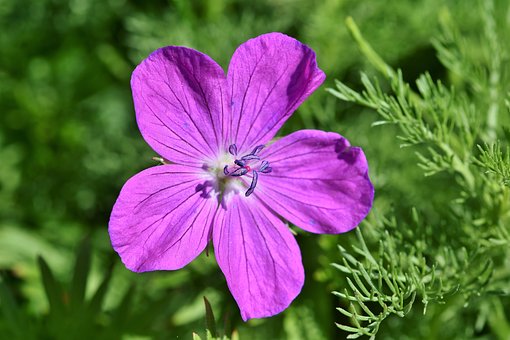 Everyone has secrets that they don't want to disclose. Don't try to force each other.

Launch your own light, but don't blow out other people's lights.